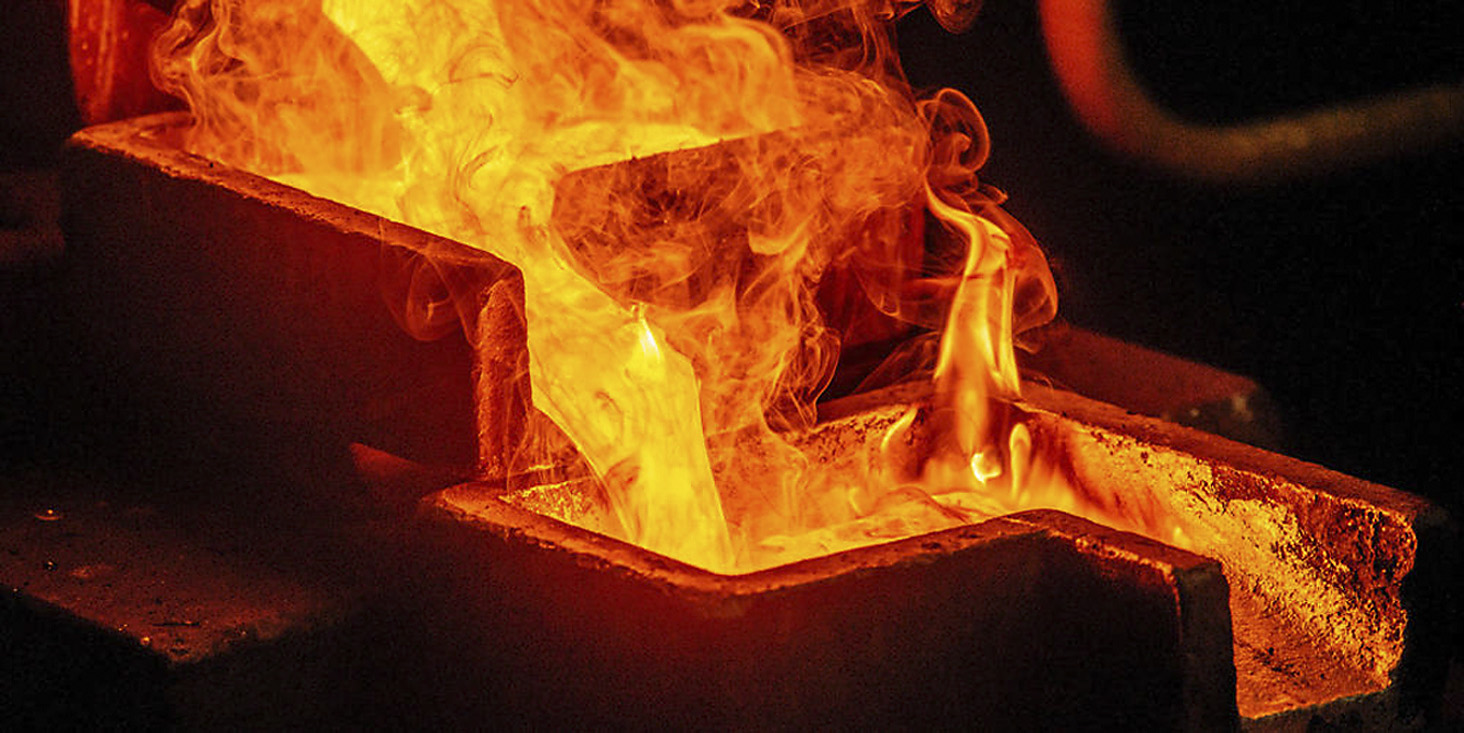 The World Gold Council thinks that throughout history less than 200,000 tons of gold have been mined. In 2012 Zimbabwe produced 20 tons. Nonetheless, in that year a major report commissioned by the Zimbabwe government on the mineral resources of Zimbabwe, estimated that the country contained 13 million tons of gold. (Photo: Waldo Swiegers / Bloomberg via Getty Images)

For more than a century, a quote sometimes attributed to Mark Twain has led to wry smiles amongst mining investors: ‘A mine is a hole in the ground owned by a liar.’

John Hollaway worked on copper mines in Zambia until 1967, when he was transferred to Hwange Colliery. After three years with Hwange, he joined Rio Tinto Rhodesia (now Rio Tinto Zimbabwe), becoming Research and Development Manager in 1975. In this position, he was responsible for developments leading to the creation of a number of new mines, including Renco, Zimbabwe’s biggest underground gold operation, and the major Sengwa coalfield. From 1981 he worked as a private consultant to the mining and minerals processing sector of Zimbabwe and beyond, undertaking more than 400 assignments for clients in 35 countries. He has written and presented numerous papers on mining technology and policy.

The World Gold Council thinks that throughout history, less than 200,000 tons of gold have been mined. In 2012, Zimbabwe produced 20 tons.  Nonetheless, in that year a major report (well, 150 pages long) commissioned by the Zimbabwe government on the mineral resources of Zimbabwe, estimated that the country contained 13 million tons of gold.

Myth-making continues at the highest level.

In 2019, the government of Zimbabwe ordained that gold output would reach 100 tons annually by 2023 (in 2020 it was 28 tons) and that the value of mineral output would reach $12-billion (currently about $3-billion). There is no evidence that the dramatic growth in output needed to attain these figures is happening.

What may have misled the government was a sudden one-off leap in annual gold output from 27 tons in 2017 to 35 tons in 2018, almost all of it coming from the “artisanal” sector.  Specifically, the collapse of the mining administration allowed claim jumpers in their tens of thousands to enter several thousand closed, uneconomic underground mines and dig out the supporting pillars in them, at considerable risk to themselves. At the same time the government agency, to which all producers must sell, set the gold price it paid at roughly equivalent to the international one, thus discouraging smuggling.

Production has dwindled since then, not least because most artisanal miners do not have the resources to access the pillars below the water table; in 2020, output was back to 19 tons, not helped by the lower price the government was paying. The smugglers are back in business and the government’s dream of a vast mining industry is looking rather hapless.

Misconceptions about Zimbabwe’s mineral wealth predated its modern history. This began in 1890 when Rhodes’ pioneer column entered the country and raised the flag of the British South Africa Company at what was initially called Fort Salisbury. Rhodes had spoken of a “second Rand” (Witwatersrand) in the region, but this concealed a still greater possibility — awe-inspiring in fact — that there were gold resources of an order of magnitude greater than the Rand in the country.

Hyperbole still rules when Zimbabwe’s mineral resources are discussed, perhaps because they are extremely diverse, echoing the geology. About 35 minerals have been mined — as many as South Africa — but once the rich deposits were exhausted it has been a hard-scrabble mining country.

At independence in 1980, Zimbabwe had the lowest grade underground nickel, copper and tin mines in the world. Almost certainly the lowest grade gold mines too. Those mines have gone and not been replaced. This wasn’t because the country was not comprehensively explored; the former Rhodesia’s Geological Survey has been favourably compared to South Africa’s by a geologist who was in a position to know.

An accident of history has given the country a very straightforward mining law; you find it and it’s yours. By contrast, until recently the minerals in the ground in South Africa belonged to the landowner; prospectors are not welcome.

Zimbabwe’s liberal mining law arose from the discovery that the Witwatersrand “banket” ore was an ancient alluvial deposit. Cecil John Rhodes’s advisers believed that its source — the “mother lode” — might still exist in what was then known as “Zambesia”, bolstered by an earlier fable of enormous mineral wealth. In 1867, the German explorer Karl Mauch spoke of crossing miles of goldfields and proposed that this was the land of Ophir, where King Solomon’s mines had been located.

The catch in the mining law was that individuals and syndicates were not allowed to mine. Only public companies were — in which the Rhodes’ British South Africa Company would get a free 50% shareholding. It was another indication that huge, rich gold discoveries were anticipated; the scale of such mines would surpass those of the Witwatersrand and small investors were not welcome.

But of course, it was not to be; far from harbouring vast mother lodes, the country was found to be host to narrow, low-grade reefs that could only be satisfactorily worked on a correspondingly small scale — smallworkings.

The smallworker was a unique institution in the global gold mining industry, arising from Zimbabwe’s proliferation of small reefs and the presence of a population of self-sufficient individuals who would rather work for themselves, in the bush.

In 1931, when Britain went off the gold standard and the price of gold took an upward trend, the industry really came into its own. By 1938 there were some 1,500 gold mines in operation, the great majority of them smallworkings.

The smallworker phenomenon arose from the extent and abundance of gold-bearing narrow quartz veins. The early European prospectors found around 4,000 abandoned gold mines known as “ancient workings”, in the widely held belief that they were originally exploited by non-indigenous people of unknown antiquity, despite the evidence of 16th-century Portuguese records.

Almost all of Zimbabwe’s gold mines were developed on these old workings, whose miners, like their 21st-century counterparts, abandoned them once the water table was reached. Apart from diamonds, which have their own myths, Zimbabwe’s mineral resources are principally in the Great Dyke — platinum group metals and chromite. This 500km-long intrusion has the same mineral make-up as South Africa’s Bushveld Complex.

Zimbabwe’s platinum reserves are about 2% of South Africa’s, but are much easier to mine, earning $1.7-billion in 2020. Zimbabwe was known for coal, but now only produces a fraction of past output, while lithium, which made headlines three years ago, is not yet being mined. DM/MC