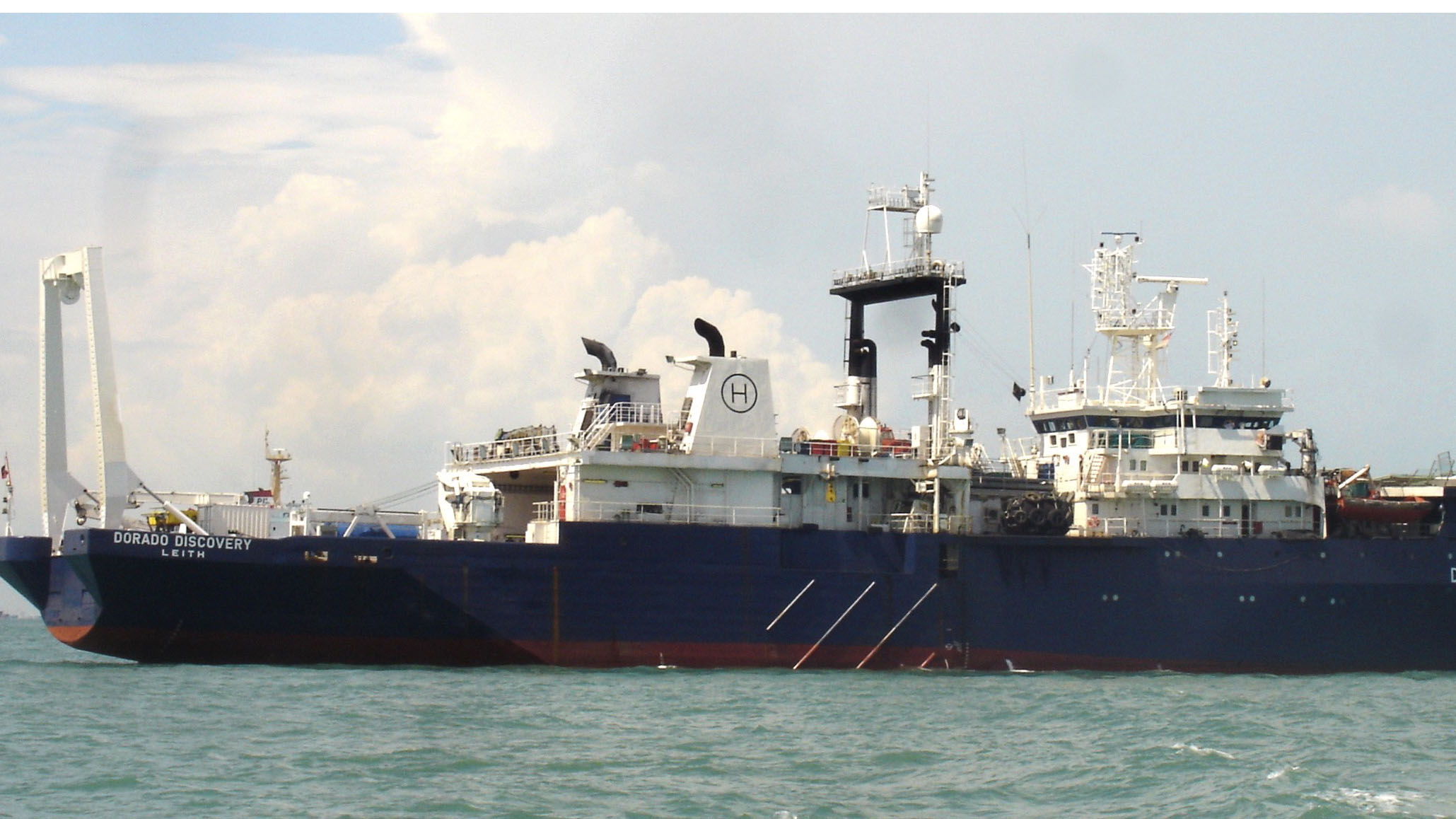 Three companies could be awarded a licence to explore the Cook Islands seabed for rare minerals.

People concerned by the prospect say the companies are investing tens of millions just to take a look and are worried they will be hard to get rid of if the environmental risks are too great. But the companies themselves say they are ready to walk away if environment assessment, which they are supposed to undertake, show risks outweigh benefits.

Five kilometres deep on the Cook Islands’ seafloor, expensive minerals pave the bottom in the shape of potatoes that are called nodules and it’s hard to know what to do about it.

People keen to explore mining view these minerals as an opportunity to drastically improve the Cook Islands economy and reduce carbon emissions by helping fit batteries of electric vehicles.

Meanwhile those who are cautious are asking for more time to see what environmental damage harvesting the nodules could do to the country.

Prime Minister Mark Brown compares the Cook Islands to Norway, a country that enjoys some of the highest standards of living in the world, made possible through abundant natural resources.

Brown says if the time came to harvest these minerals, the Cook Islands would see infrastructure improvements made to airports, ports and schools.

The Pa Enua (outer islands) will have drinking water security and there will be affordable high-speed internet across the nation. Further in the future, Cook Islanders living overseas could also be possible beneficiaries in the form of education scholarships in whatever fields or universities they choose.

The Cook Islands is still a while off from harvesting, but exploration licences could be approved or denied in early 2022 and the exploration could start the same year.

According to Brown, the exploration alone would bring an investment of around $150 million in the Cook Islands over three or four years.

“If we looked at the next step, that if we do take on harvesting these minerals, that number increases dramatically,” he said while announcing a new finance Act this week.

Some nations and environmental groups like Te Ipukarea Society, a non-governmental organisation here, have called for a 10-year moratorium on seabed mining, something the Cook Islands Government with support from the Opposition Democratic Party have vocally opposed.

The call for moratorium is also supported by tech giant, Microsoft which said in a report that due to the early nature of deep-sea mining: “Microsoft has established a moratorium on using minerals sourced through deep seabed mining until the proper research and scientific studies have been completed”.

The companies in the Cook Islands eyeing for the exploration licence are CIC Limited, Moana Minerals Limited and CIIC Seabed Resources Limited, co-owned by the Cook Islands Government through Cook Islands Investment Corporation. These companies are based around the world and share ownership with other mineral research companies.

All the companies have budgeted between $55.4 million to $71.7 million for the exploration over five years.

The exploration licences process was open for public comment and received five submissions by December 3, 2021, deadline. The submissions are now being evaluated by a panel of 10, who will recommend to the Minister to approve or decline the licences, who will then decide.

According to Cook Islands Seabed Minerals Commissioner Alex Herman a key issue brought up in the submissions was around environmental data collection.

The environmental impact assessment (EIA) of the potential harms of harvesting the minerals rests with the applicant, she says. This means the EIA is paid for by the applicants.

Herman says normally applicants use a range of internal and external consultants’ resources to compile the EIA.

“Independent assessment of an EIA is normally part of that process and the applicant would commission that.”

The EIA will then be given to the National Environment Service to consider whether or not mining will be environmentally safe.

Technical director at Te Ipukarea Society, Kelvin Passfield says he is concerned the companies could be reluctant to leave if they’re not granted the licence to harvest.

“Our concern is they’re not expecting to spend that money and say, ‘Oh it looks like the environmental impacts are not going to be good, so we’re going to pack our bags and leave’.

“We need to be sure that does happen and if the impacts are going to be too great that they will pack their bags and leave, and the Cook Islands is not going to be put under any pressure to award them a licence,” Passfield says.

“Their expectation is they’re going to get an exploitation licence.”

Passfield’s concerns are exacerbated by ongoing litigation between Odyssey Marine Exploration, which is a consortium member of CIC, and the Mexican Government.

Odyssey is seeking more than $2.3 billion from Mexico after being denied a licence from the Mexican government.

Coumans says the Mexican government denied the licence on the grounds that the proposed mining would endanger turtles, whales and fishing grounds. It was also based on a lack of public consultation.

However president and chief operating officer of Odyssey, John Longley says his company was granted a 50-year mining license for extracting phosphate sands in Mexico and the company conducted extensive exploration operations.

Longley says the company developed a plan to harvest the phosphate with “minimal environmental impact backed by extensive research”.

“The government did not apply fair and equitable treatment to the evaluation of the project and environmental application, illegally denying the license,” Longley says.

“Similar projects, using the same technology in areas with much greater environmental sensitivity, were approved.”

Odyssey is claiming Mexico has taken measures to deprive citizens in the United States of certain rights, going against the North American Free Trade Agreement between the US, Mexico and Canada.

In a press release in 2019, Odyssey said the phosphate sands extracted could supply most of North America’s fertilizer needs for the next 100 years. It said Mexico would also greatly benefit from the extraction.

But local environmentalists are not convinced. Like Passfield, marine conservationist Jacqueline Evans, founder of Moana Foundations, is concerned if things go sour with the companies, the Cook Islands would not be able to pull out of the arrangement without being sued.

“The legislation doesn’t allow us to deny a mining licence for whatever reason – there are pre-stated reasons for denying a licence. This favours the mining companies more than it favours ourselves,” says Evans.

However Seabed Minerals Commissioner Herman says the Seabed Minerals Act ensures a fair and robust process with the appropriate checks and balances in place to protect the country.

But she admits if the Cook Islands government acted unlawfully, “then a company would have a right to sue”.

“Applications for permits, licences or consent that do not meet the Cook Islands legal requirements will not be approved,” Herman says.

“The Authority will continue to perform its duties in accordance with our laws to ensure this does not happen.”

CIC chief executive officer, Greg Stemm is living in Rarotonga and was also chief executive at Odyssey prior to taking on the role. He says the Odyssey Mexican situation is completely different to the Cook Islands context.

“Odyssey invested a lot of money on that basis,” he says.

“They were not allowed to move forward for strictly personal and political reasons by a minister who clearly did not follow Mexico’s laws.”

Stemm says the exploration licence CIC was trying to get here was only for research “so they are two completely different situations”.

He says the nature of the exploration business is always unknown and CIC did not know if they would be given a licence to harvest the minerals.

“When I was with Odyssey, we spent tens of millions of dollars looking at potential mineral projects in PNG, Fiji, Vanuatu, Tonga, the Solomon Islands and New Zealand.

“In each case, it was determined that the potential environmental and other risks were too great, and we walked away with no qualms.”

Stemm compares the process to fishing – “As a fisherman, every time I go out I spend money on fuel and bait, and there are the expenses of wear and tear on my boat and equipment. When I leave the dock, I am not certain that I will catch fish, but when I do, that makes every failed attempt worthwhile. The key to exploration, as with fishing, is to rely on research and experience to increase your chances for a successful expedition”.

“If the research finds that polymetallic nodules cannot be harvested without serious harm to the environment, we would likely move on to another exploration project, having learned a lot from this one and in the process provided the Cook Islands and the world with invaluable information about the deep ocean environment.”

Cook Islands News also asked the other two companies seeking exploration licences – Moana Minerals and CIIC Seabed Resources – if they would be happy to walk away if government changed its mind on harvesting the nodules.

“We clearly understand that being able to eventually harvest nodules is not guaranteed,” says Smit.

CIIC Seabed Resources is half government-owned through Cook Islands Investment Corporation (CIIC) and the other half by Belgium company, Global Sea Mineral Resources. CIIC chief, Allan Jensen told Cook Islands News that their reply to the question was in a press release in today’s paper (p10).

Seabed Minerals Commissioner Herman says there was no presumption that if a company applied for a mining licence, then it must be granted.

Alanna Smith, from Te Ipukarea Society, says there is a chance the demand for the metals found in the nodules may not be as needed in the future.

Herman says on balance it was unlikely the metals found in the nodules would become redundant but it was not impossible.

She says it’s a risk that the applicants have taken on.

Stemm of CIC says there is currently insufficient metals in the world to meet the exponentially increasing demand until “we reach critical mass which may not be until 25 to 50 years for now”.

He says until then raw materials must be sourced.