Tax simplification would level the playing field between tax authorities and multinationals by relying on easily verifiable standards. 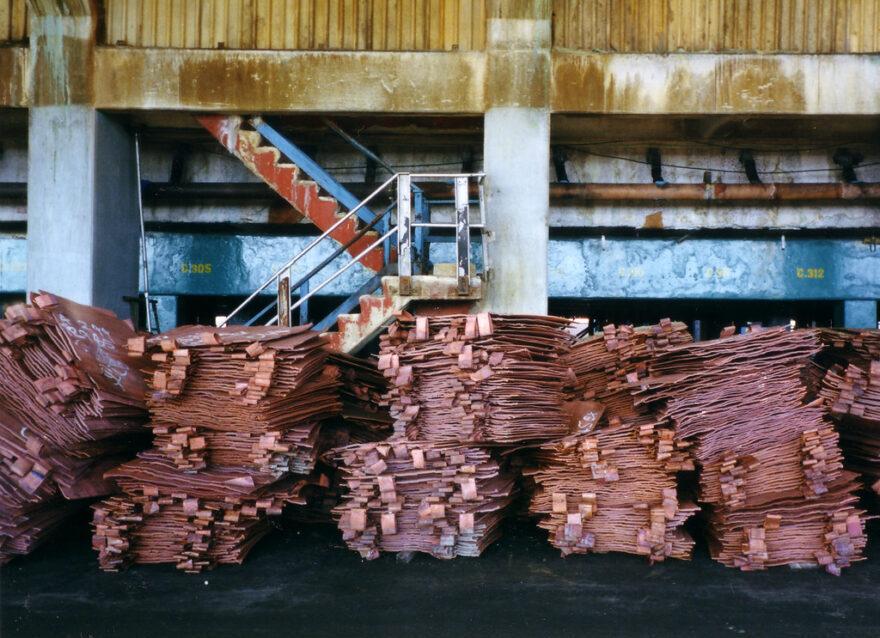 Copper extracted and stacked up in Zambia. Credit: mm-j.

With one of highest rates of poverty in the world, Sierra Leone may wish it could magically acquire a source of wealth to relieve its struggles. Yet, it already has one: it is one of the world’s largest producers of diamonds and other minerals.

The problem is that much of the benefits end up in tax havens. For example, leaked documents revealed that one of the country’s largest diamond mines undervalued sales to its subsidiaries in tax havens by as much as 35%, illicitly reducing revenue that Sierra Leone could have used for schools, hospitals, and roads. In total, the estimated amount of revenue Sierra Leone loses to tax abuse is nearly 1.5 times its entire health budget.

Many African countries are in a similar position: resource-rich and money-poor. The conventional wisdom is that they should fight corporate tax avoidance by performing their best imitation of tax systems in the Global North. But this fight takes place on a profoundly unequal playing field. On one side, there are typically under-resourced and undertrained national tax authorities. On the other, there are multinational companies employing teams of top lawyers and accountants. Moreover, rich countries suffer significant losses to corporate tax avoidance too.

Fortunately, there is a better alternative: tax simplification. As I argue in a recent paper in the Yale Journal of International Law, African governments can fight tax avoidance and level the playing field between their tax authorities and multinational corporations by adopting rules that reduce administrative burdens and rely on easily verifiable standards.

A tax system ripe for exploitation

The international corporate tax system relies on a fiction. It assumes that trade happens between companies, but most global trade takes place between affiliates of the same multinational. This poses a problem for taxation. If a Guinean company sells minerals to a separate Swiss company for $100,000, the tax implications are clear. But if the minerals are moving between Guinean and Swiss subsidiaries of the same company, how do tax authorities determine what profits are taxable in Guinea and what is taxable in Switzerland?

The international corporate tax system’s unsatisfactory answer is the “arm’s length principle”. Under this rule, the transfer price – meaning the price of the transaction between affiliates of the same company – is supposed to match the price that would have been used in a normal market transaction.

The problem is that it is up to the multinationals to determine that figure, leaving room for them to manipulate the system to reduce their tax bills. A company transferring assets from its Guinean to Swiss subsidiaries, for instance, can easily input a transfer price of $75,000 even if the normal market price would have been $100,000. With the stroke of a pen, $25,000 in profits appear in low-tax Switzerland and are no longer taxable in Guinea.

In theory, tax authorities could challenge this transfer price. But in reality, it is unlikely that overstretched officials sorting through thousands of corporate transactions would notice the undervalued transfer price. And, even if they did, the corporation could cite several reasons to justify the price they set. The market transaction never actually happened – minerals just moved between different parts of the same company – so it is extremely difficult to refute the reported transfer price. Empirical data confirms that huge amounts of abusive transfer pricing are going undetected. For example, in a 2013 survey, three-quarters of African tax authorities reported that they had not conducted any transfer pricing audits in the previous year at all.

Officials also struggle to counter other ways corporations shift profits to tax havens. For instance, subsidiaries in tax havens offer loans to subsidiaries based in Africa at artificially high interest rates. This leads to the accumulation of reported profits in the tax haven and reported losses in the country where the resources come from. Similarly, corporations can declare intellectual property as belonging to a subsidiary in a tax haven and then charge other subsidiaries high royalties for its use, further distributing the multinational corporation’s taxable profits to low- or no-tax jurisdictions.

How to tackle tax avoidance

In response to mass corporate tax avoidance in Africa, international tax experts often call for two proposed solutions. First, they point to the recent OECD-led global corporate tax reforms. These policies constitute marginal progress, but they favour rich countries and are too limited to address most tax avoidance in Africa’s natural resource sector. Second, they call for building the capacity of African tax authorities.

Tax simplification provides a better alternative. In contrast to the long, expensive, and arduous process of building capacity, African governments can quickly implement legal reforms that reduce the need for administrative capacity.

For example, Zambia has adopted what is called “the Sixth Method”. Rather than allowing corporations to report transfer prices based on a counterfactual transaction, this approach simply requires them to use the price of minerals listed on international commodity markets.

African governments can also increase their use of mineral royalties. Unlike profit-based corporate income tax, which encourages companies to report artificial losses to reduce their tax bills, royalties are fees based only on production and revenues. Another option is to set hard limits on interest deductions. For example, South Africa does not allow companies to deduct interest payments to foreign-based companies exceeding 40% of turnover from taxable profits. This reform prevents companies from issuing excessive loans between subsidiaries in a straightforward way that doesn’t require tax authorities to compare each loan to a hypothetical market transaction.

By simplifying tax administration, these reforms provide far less room for the armies of accountants and lawyers working for multinational corporations to manipulate complexity to their advantage. These reforms can reduce flexibility and nuance, and in some cases they could produce moderate disincentives to investment. But as compared to a status quo where foreign investment often produces little benefit to the populations of African countries, these tradeoffs are worth it.

Ensuring that the people benefit from their resource wealth was a core demand of post-colonial African leaders, but even now many of the benefits of the continent’s natural resources end up in the Global North. With the pandemic putting governments under fiscal strain and commodity prices rapidly rising, now is as good a time as any to crack down on corporate tax avoidance. Although the reforms may take place in legal codes and bureaucratic procedures, the effects will be felt by the citizens of African countries who for too long have been robbed of the prosperity they deserve.