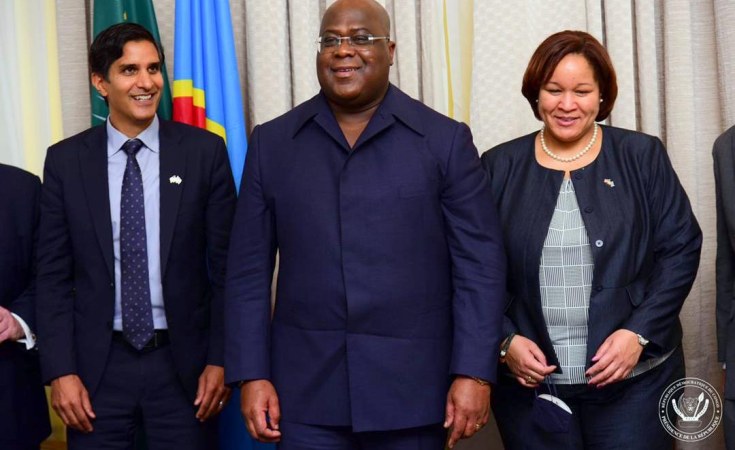 When United States (US) Deputy National Security Advisor Daleep Singh landed in Kinshasa recently to engage the Congolese government about access to minerals, his visit could be seen as just another stop for the senior official as he headed next to Germany for a G7 meeting.1

But for a country like the Democratic Republic of Congo (DRC), which has experienced decades of horrific conflict linked to the exploitation of its natural resources, the engagement to promote US business interests comes amid a 21st-century version of the colonial-era “Scramble for Africa.” The US engagement led by Singh takes place in a competitive context rife with predatory international actors. China, Russia, and others rely on state-owned enterprises (SOEs) or similar proxies in this shadowy and sometimes violent contest, from foreign state proxies like the Kremlin-linked Wagner Group in the Central African Republic (CAR) and Mali to highly connected deal brokers like China’s David Du Wei,2 who was recently profiled in an investigative report by The Sentry for using less-than-legitimate means to advance Chinese infrastructure deals in the DRC.3

With the level of senior US government interest focused on the DRC, a country usually perceived as unimportant to global geopolitics, the idea that a proxy war is playing out in the economic competition among the US, China, Russia, and others is not as much of a stretch as it may seem. While the proxy conflict principally centers on access to natural resources, there are also deeper struggles underway for contracts, new markets, and economic partners across the globe.

Increasingly, though, especially in the most challenging cases and environments, companies based in the US and other countries interested in responsible business are not pursuing investments in these contracts, markets, or partnerships. As such, it appears as though many of the tools—from sanctions to economic incentives—that policymakers hoped would pave the way for such investments are falling short in encouraging investment on their own, at least so far. In the case of sanctions, these shortcomings are due in part to the fact that encouraging investment is not their core objective.

Thus, it is time for the US to, among other things, return to an instrument that was used only once but that showed great promise: responsible business reporting requirements. If used properly, this tool could be flexibly applied from Afghanistan to Sudan to the DRC, complementing and enhancing many existing initiatives. It may not be a silver bullet, but it will be a more useful measure than many others the US is trying.

Read the full briefing and recommendations >