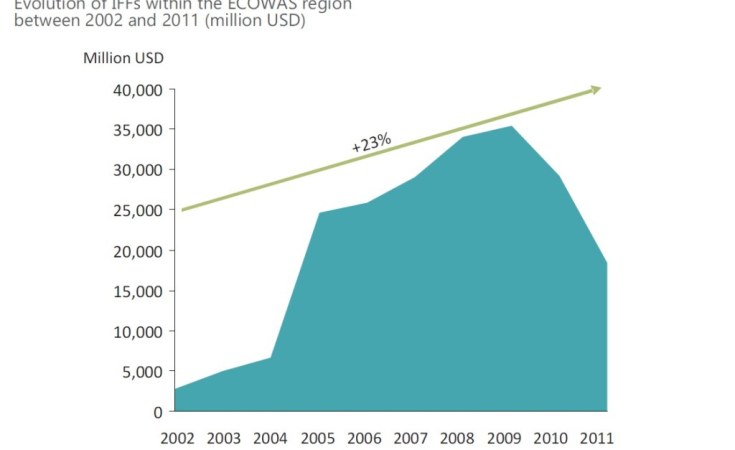 A public round table was organised by TrustAfrica in Dakar, Senegal on June 24 under the theme –  “The latest developments in illicit financial flows and the role of African media”. Participants said that recent crises have shown how critical it is to mobilise internal resources to deal with pandemics and current challenges for the continent’s development. To this end, the fight against illicit financial flows (IFFs) is now more than ever, a matter of absolute urgency.

Pan-African think tank TrustAfrica estimates that losses suffered by the continent amount to about U.S.$88.3 billion per year and represents 3.7% of gross domestic product (GDP), money which could be channeled towards the transition to a post-Covid-19 Africa and structural transformation and development. This is happening because of insufficient legal and institutional frameworks coupled with a lack of specific texts dedicated to the fight against these illicit flows.

John Kaninda, a lawyer at the Kinshasa bar, specialising in mining and energy laws and taxation said that Africa wouldn’t need international aid if this capital flight was stopped. While Dr. Malado Agne, a teacher and researcher at Cheikh Anta Diop University, criticised the fact that at the international level, IFFs are analysed from the perspective of sustainable development. What irritates the most, the solutions are known and recognised, but great difficulty lies in its application because of resistance from players who are involved in the industry, especially since 65% of illicit financial flows come from mining activity, Agne said.

Faced with the current state of affairs, Agne thinks that Africa must strengthen its monitoring of the activities of multinationals and focus on mining resources. “African states must know how to take the necessary political decisions,” she said.

Mactar Silla, journalist, communication specialist, and CEO of Label TV thinks that the time has come to demand the beneficiation of African products before they are exported.

Briggs Bomba, the Director of Programs of at TrustAfrica believes that these illicit flows does not spare any sector involved in financial transactions. He also points to the the digital economy and footballer transfers. Hence the need, according to him, to establish a common African campaign to deal with this phenomenon.