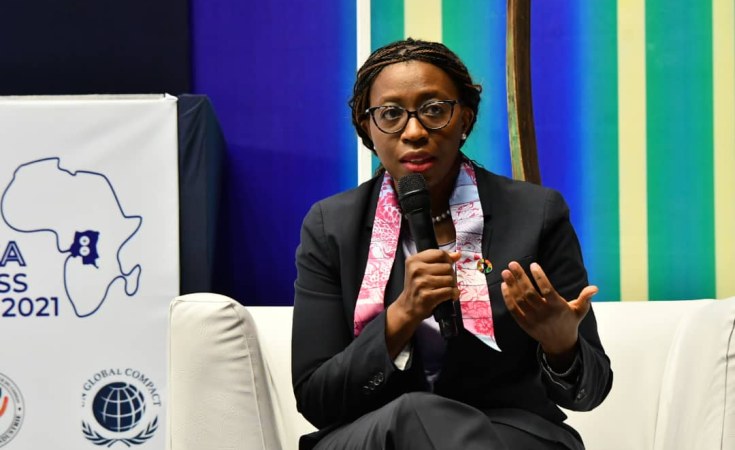 Kinshasa, DRC — The DRC-Africa Business Forum 2021, which was held on November 24 and 25 in Kinshasa, has come to a close. The process of manufacturing a regional electric battery industry from the Democratic Republic of Congo (DRC) has been launched. Firm commitment and agreements were signed and a roadmap was cleared for capturing significant shares of a global market projected to grow to $261 trillion and with the shift towards the electric car industry playing a big part of that growth. On the sidelines of the forum, spread over two days of rich exchanges, the Deputy Secretary General of the United Nations and Executive Secretary of the United Nations Economic Commission for Africa (ECA), Ms. Vera Songwé, sat down for this exclusive interview with AllAfrica in Kinshasa, where she reiterated the meaning of the regional electric battery industry initiative and its importance in a context of the transforming the African economy.

What is the challenge or the opportunity in building a value chain for a regional electric battery industry in the DR Congo?

First, it is a good thing for the DRC, which holds 70% of the cobalt reserves in the world. It also has other minerals that we need to make batteries. During this meeting, we also had with us Gabon, which has manganese and in a short time we would also like to enlist South Africa, which has a little more platinum and lithium.

What is happening is that AfCFTA [the recently launched African Continental Free Trade Area] is on the move. It’s about how we can add value through our minerals. It’s about being able to produce materials to add that value. This will give us a production of a product with much more value added instead of limiting ourselves to just the export of our minerals.

Today, Gabon exports rocks. The DRC does the same, as does South Africa. Now, if we can put all these minerals together to produce batteries, we will have a certain added value. The cobalt market today in its pure state is worth 11 billion dollars. The market for the manufacturing process of electric batteries after transformation is 261 trillion dollars. So you see the difference. In Kinshasa, we also talked about electric cars. Currently, about five million electric cars exist to meet the global demand.

In ten to twenty years, there will be 60 million electric cars in demand. So you can see that the market exists for the production of batteries for these electric cars. What we wanted to do in Kinshasa is to say why don’t we realize this dream we often talk about, which is to develop the industrial potential and mineral assets the DRC has.

Today, we want to realize the DRC’s industrial potential by saying that we are going to use the country’s cobalt to make electric car batteries. We will have investors with us including Afreximbank, the Arab Bank for the Economic Development of Africa (BADEA), the Africa Finance Corporation (AFC). The buyers are also there, including the president of Bosh. 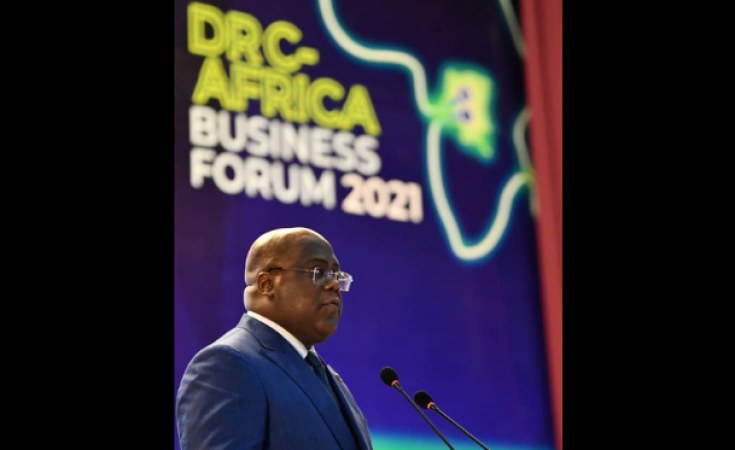 ECAThe theme of the DRC Africa Business Forum, which took place Nov 24-25 in Kinshasa, DRC, was “Economic Integration of the Congolese in the Value Chain of the Electric Battery Industry through Innovative Financial Solutions.” In his speech, the DRC President Félix Tshisekedi referenced the author Frantz Fanon when he said, “Africa is shaped like a gun and Congo is the trigger.” With its cobalt (70% of global production) & other battery minerals, the DRC must play frontline role in greening the world’s economy.

What needs to be done so that this Kinshasa Forum is not one more meeting. The die is cast and now we have to go to what?

Now we have to move on to implementation. First, we recorded the signing of commitments in Kinshasa. Second, we are working on framework of laws with the government, GECAMINE, to provide access to mines. What will be the most important step is the investing.

We are in the process of negotiating between AFREXIMBANK, AVZ, AFC and BADEA on how to structure the investment? Who will be “the anchor investor” – that is to say the one who will invest more to be able to attract others. We believe that with the four structures that we had here, we will find some, with the Arab Funds as well.

The third point concerns technology. In Africa, we don’t have this battery production technology so we need to prepare it. We had the technology owners with us in Kinshasa. By next week, we are working on having a framework agreement with those who have the technology so that they can tell us what they need to be able to come to the DRC and do the technology transfer.

Afterwards, we will have to obtain land, prepare a contract for the land with all the investments that this will entail. We have already spoken with his Excellency President Félix Tshisekedi, who spent at least four hours with us at the opening of the Forum. This is the primary commitment we need. There are some regulations that the DRC needs to change to improve its business climate. We hope that this can be done as soon as possible so that the investors can come.

We are not waiting to ask questions about the DRC’s investment framework. We believe we can help improve the framework by investing in it. We will be back in the DRC in January 2022 to set up a Commission that will follow up on the work. We’ve already mapped out the process so we don’t lose the momentum that’s been developing over the last seven months. I think we have a team that is dedicated. The DRC’s Minister of Industry, his colleague in Mining and the Minister of Finance have all been with us. We think we have a strong commitment from the government side.

What is the expected impact this initiative will have on the African economy and the populations of the continent?

The first thing sought is the creation of jobs to lower the unemployment rate. If all this is successful, the DRC becomes a electric car battery production center and with all that comes technology and innovation … The country will become not only become a center that attracts many other investments, creates more companies, but the initiative will rebrand the national economy. One battery factory can help create 50 thousand jobs. 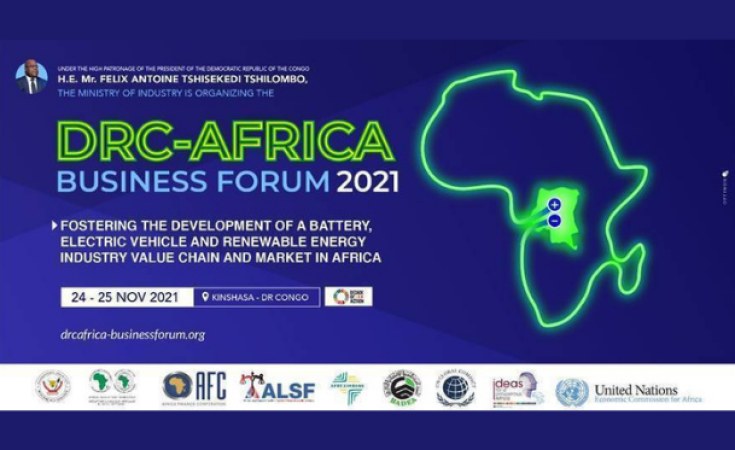 Markets will emerge to meet the food needs of workers, as well as their equipment. So the local economy will immediately benefit from this project. It will also be a question of developing a whole logistics industry between the DRC and Angola, Tanzania and other countries that will be involved.

A financial industry will also develop because any small and medium-sized enterprises created around the mines will need bank loans.

It should also be noted that the small and medium enterprises, which often revolve around mines are managed by women. So it’s going to encourage the economic empowerment of women not to mention those who are hired in the battery factories.

Industry will also need a skilled workforce. This will encourage the establishment of higher vocational training schools in trades that revolve around battery manufacturing. All this shows that the expected impact will be very large along with the transfer of technology and knowledge.

Today we are talking about batteries and maybe four to five years down the line we will have other industries that will lead us towards the manufacturing of those of electric cars. We already have a few African countries that have made electric bicycles. Maybe we can also duplicate it in the DRC at a lower cost because the batteries will be produced here.

If this launched initiative succeeds, I am sure that the DRC’s Gross Domestic Product (GDP), which is roughly $60 billion, will be multiplied because the battery market alone is going to make $261 billion.

Suppose we manage to secure 10 or even 20% of this market, it will be $50 billion. Which means that we will have doubled the GDP of the DRC. By doing so, one decreases poverty, one increases prosperity and the Democratic Republic of Congo would be set for re-emergence.

What appeal are you making to the African population and especially to African leaders in this context of economic recovery?

Our cry is that sixty years ago we were still in the fight for the political liberation of our countries. Today we are on the doorstep of economic liberation. We can do it. We have the AfCFTA. We have this arrangement, which means that countries can trade with each other for a more cohesive intra-African trade. I am thinking of all the ambitious young people who are thinking beyond their country and the continent.

We have the funding because we have seen that between the AfDB, Eximbank, AFC, BADEA and others that the African resource exists to transform the continent, to support ideas that are not only African but global. As President Tschisekedi said, “we should not be ashamed of not knowing.”

Let’s ask the right questions to get the best answers. Africa has to show that it is ready, the continent’s financiers have to show that they are ready and the market has to be ready. We are only waiting for the leadership of our leaders to open the doors as his Excellency Mr. President Felix-Antoine Tshisekedi Tshilombo has done.

SEE ALSO: The Dream of an Electric Battery Industry in the DRC Takes Flight