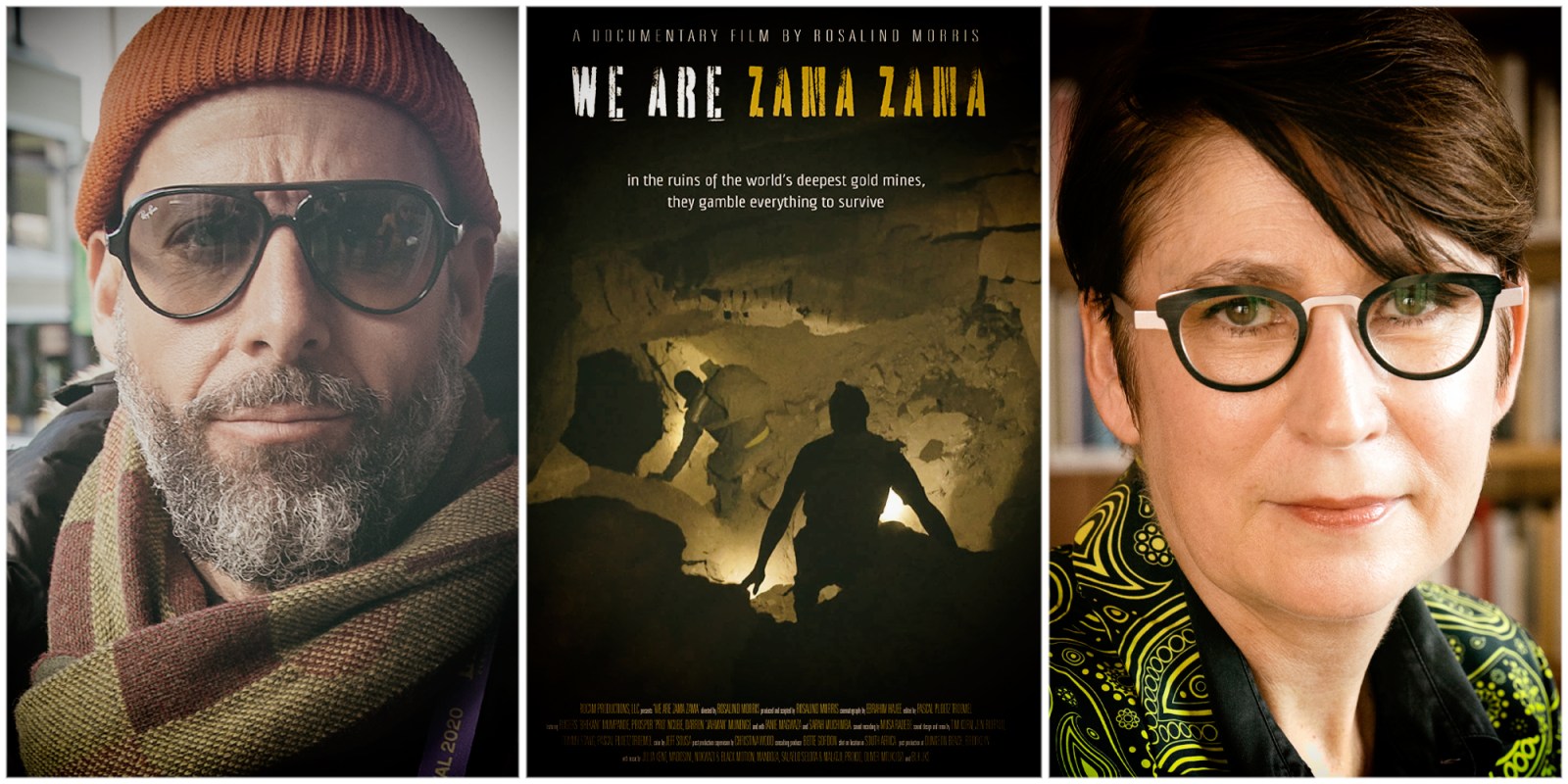 US-based anthropologist, writer and documentarian Rosalind Morris discussed with Daily Maverick’s Richard Poplak the unique world of the zama zama — migrant workers driven by need and the dream of gold into the depths of SA’s abandoned mines.

South African deep-level gold mining is unlike anything else in the world, according to Rosalind Morris, US-based anthropologist, writer and documentarian.

Speaking about the mines in the West Rand and East Rand of Johannesburg during a Daily Maverick webinar on Wednesday, she said, “Those mines, up to 4km deep, really changed what one could imagine mining could be and changed what would be demanded of workers… but they also produce circumstances for informal mining unlike anything else in the world.”

The informal miners in this area, many of them migrants from Zimbabwe or Malawi, call themselves the zama zama, meaning the “people who keep on trying” but also “the people who risk things”, said Morris. In her documentary, We are Zama Zama, Morris follows the lives of three men seeking gold in the ruins of mines.

“The people with whom I work are those very desperate, self-organised zama zamas, who imagined that this is a way to work for themselves, to express their desire for sovereignty… and who think that they are doing this so as to avoid criminality, to avoid being the kinds of people who would abduct other people’s resources or wealth,” explained Morris.

Daily Maverick’s Richard Poplak, hosting the webinar, posited that what makes Morris’s film special is its unflinching view of those men and women who are seeking economic agency.

A unique world below

The term “artisanal and small-scale mining”, which forms part of the language of international civil society, usually refers to the kind of informal mining that takes place in relation to surface deposits, said Morris. As such, it does a poor job of capturing South African deep-level mining.

“Certainly, when you see people who are scrabbling underground — two kilometres underground… with real hammers, the same kinds of lights that bicyclists use on their heads, no oxygen, no dewatering, the most minimal kinds of implements… there’s a certain kind of resemblance between what we imagined people used 400 years ago, and what they are using now,” said Morris.

This informalisation is driven partly by the dream of gold, but also by an interest in secondary extraction, said Morris.

“I’m talking about the theft of cable and copper and all of the other material infrastructures that are part of the mines, because this is also mined. Not just the gold, but the mines themselves and their infrastructure,” she explained.

Telling their own stories

A powerful motive for the film was to facilitate the zama zamas’ telling of their own stories, said Morris. The miners — Rogers “Bhekani” Mumpande, Prosper Ncube and Darren Munenge — took GoPros into the mines, spending several days underground. Poplak described the resultant footage as “astonishing”.

“I wanted to learn from them, and I must say, this is my understanding of what anthropology should be, is the effort to learn from others,” said Morris. “They were willing to do that with me. Much of the concept and the excitement about the film emerged from those conversations.”

Morris recalled a moment in the film when the zama zamas encountered another group underground. They speak about their desire to show their children at home the GoPro footage, as they “know that their own intimates can’t imagine this world either”.

“That was a really remarkable experience for me, to see that desire in them to share this imagery of their experience with others, partly because the mythology requires them to submit to things that are so terrifying. [T]hey’re not only risky, but they’re on the precipice of death at every moment,” said Morris.

The film is not intended as an avowal of the zama zama industry, but rather an opportunity for audiences to listen to those whose lives are shaped in that way, she emphasised.

“It’s not a defence of this practice… it’s a desperate, absolutely unsustainable and undesirable way to make a living. But it is what people who have nothing do. And that is the point of the film.” DM